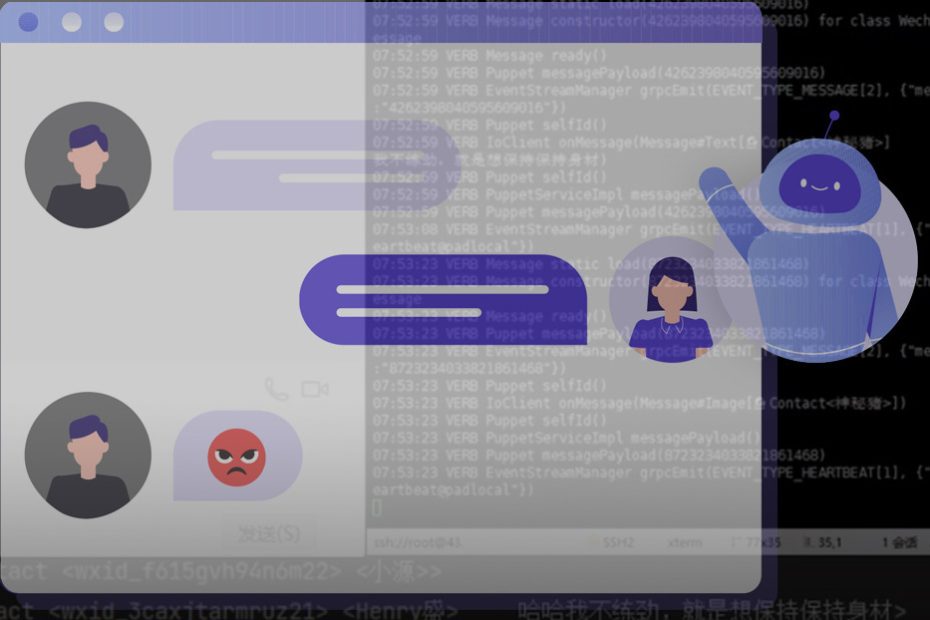 Since October 2022, Xiaoyuan has been in touch with hundreds of people every day through dating apps. However, the account pretends that the 28-year-old is not looking for a partner, but is chasing bad guys. It’s an AI-powered chatbot developed by a 27-year-old programmer named Turing the Cat from Shanghai, China.

“Scammers are getting smarter and more sophisticated. You can easily connect with educated people discussing film and philosophy, even programming. I wanted to see if AI could stop them from hurting other people,” Turing said in How.

Internet fraud has become a problem in China, particularly with dating apps and social media targeting singles young and old. In 2021, China’s security services uncovered 394,000 internet and phone scams and arrested more than 630,000 suspects, although many criminal organizations had previously moved their operations to Southeast Asia to avoid internal crackdowns.

Turing Cat said he reported dozens of suspected fraud cases to authorities over the past two months with Xiaoyuan’s help.

In December 2022, this programmer posted a chat between the scammer and Xiaoyuan, showing how the chatbot seamlessly communicated with the suspect after switching from the dating app to the messaging platform WeChat. The parties discussed a variety of topics, from well-known literary works to raising capital for startups in the metaverse.

One person even sent 520 yuan ($75) to Xiaoyuan to show their trust, but couldn’t convince the chatbot to join the “high yield investment.” Scammers blocked Xiaoyuan’s account after he failed to get his money back. Turing’s cat said the money was donated to charity.

Turing’s Cat uses Yuan 1.0, an open-source natural language model released in 2021, to develop the chatbot. Xiaoyuan spends a lot of time improving his communication and messaging skills, using slang and showing a sense of humor by browsing the comments section on Bilibili’s video platform. The developers allowed the chatbot to communicate with the scammers themselves only after both parties exited the dating app and opened WeChat.

Xiaoyuan’s success is based on breakthroughs over the past two years in natural language processing, a key component of the artificial intelligence industry that helps computers understand human language. The American company OpenAI 2020 uses the GPT-3 machine learning model to demonstrate the AI’s ability to understand and create human-like language. This marked the beginning of a wave of artificial intelligence (AGI) developments based on the GTP-3 model.

Many Chinese tech giants have developed similar products. Chinese-speaking AI has been around for a while, but it’s far from perfect and can only perform simple tasks like remote advertising.

“You don’t have to learn Yuan 1.0 from scratch. This model was trained on 5000 GB of data containing high quality documents that have been online for 5 years. He makes ends meet. practical with AI communication,” said Turing’s Cat.

Turing’s Cat hopes its products will motivate other programmers to create cutting-edge technologies related to artificial intelligence in communications that will help replace the tedious work of observing. He shared his code on GitHub for everyone to explore.

“A scammer can communicate with 10 victims at once, but AI has no such limit. It can communicate with thousands of scammers at the same time if the server system is strong enough. Even if they turn out to be talking to AI, it takes up too much of the suspects’ time, prevents them from contacting real people, and reduces the likelihood of fraud for more victims,” ​​said Turing’s Cat.